The mighty Avengers are back! 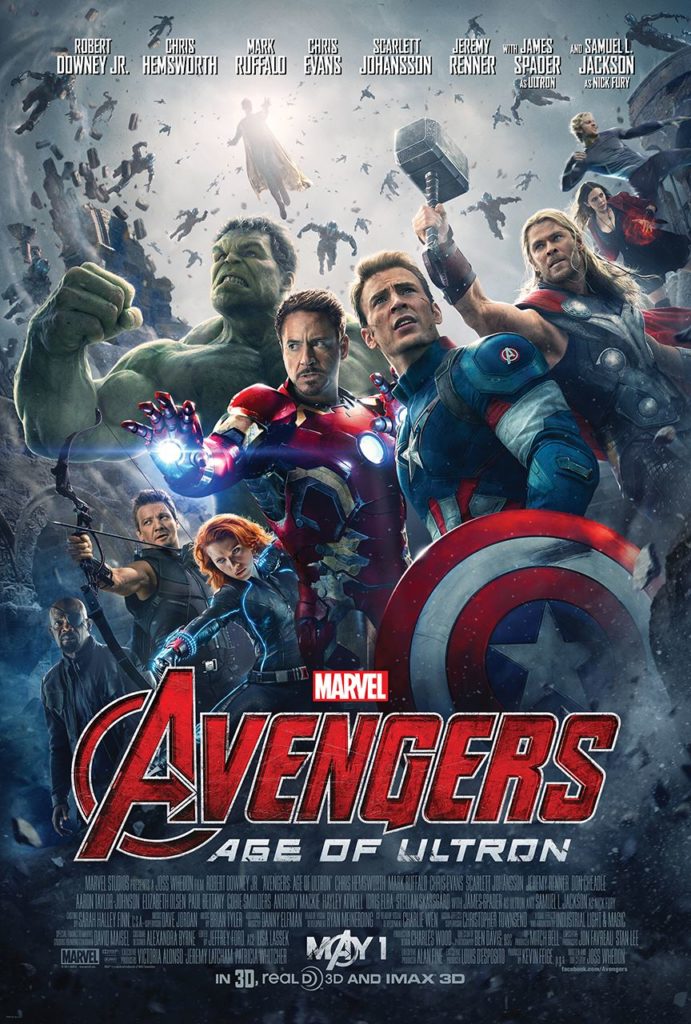 This time the super heroes reassemble in Eastern Europe to retrieve the sceptre, previously wielded by Loki in Avengers Assemble. When the team raid a Hydra’s outpost, they discover the sceptre isn’t the only thing they’ve been experimenting with. Introducing new super human twins; the super speedy Pietro and energy blasting Wanda Maximoff (a.k.a, Quicksilver and Scarlet Witch). There’s more witty banter and ongoing jokes than ever before in this epic non-stop action flick.

After retrieving the sceptre, a scientific experiment goes wrong when Tony Stark attempts to create artificial intelligence. Thus Ultron is born, but instead of the peacekeeping, global defence mechanism Stark was intending, Ultron is a dangerous foe, hellbent on changing the earth into his image of Utopia and bring about the Age of Ultron. Unfortunately that means destroying it. Tensions rise as they deal, both physically and emotionally, with this man-made monstrosity.

Not quite over the traumatic events which took place in New York. The team are manipulated by Wanda’s mind controlling powers, they soon find them selves vulnerable and in Hulks case; an oblivious frantic rage. Not only do we get to see Iron Man’s ‘Hulk Buster armour’ in action, we also get to experience a little personal history of some of our favourite heroes, especially Hawkeye and Black Widow, who reveal a few well kept secrets.

It’s a no-brainer really, if you enjoy the colossal franchise that is Disney/Marvel right now, and really, who doesn’t? Avenger’s: Age Of Ultron is not to be missed. Director Joss Whedon has done a marvellous job keeping the characters true to both their source material and the previous films in this ever growing franchise. It’s only scratching the surface of what is to come and it isn’t too long before the next Marvel instalment is out, so don’t forget to put Ant-Man’s release date on your calendar’s; 17th July. And to save you all waiting for the hidden clip after the credits, there isn’t one, I guess they’re making cut backs already.