Every Thursday till 26th of November at the Wycombe Swan 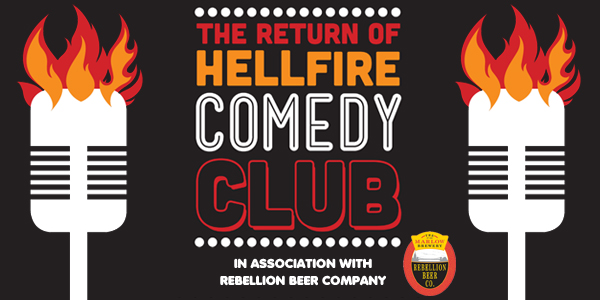 From making us question the existence of the Jack in the box to pulling a bowling ball out of a suitcase the Wycombe Swan Hellfire comedy night was unforgettable!

The best thing to do in High Wycombe on a Thursday night (besides late night shopping) is going to the hellfire Comedy Club at the Wycombe Swan! The night we attended included three very funny comedic’s Jake Lambert, Peter Johansson and George Egg! You can check out the full line-up here.  Make sure you arrive at least 15 mins early so you can grab yourself a perfect seat. Personally I prefer to sit on the side and not right at the front because I don’t want to be heckled!

The compare for the night was a young comic in his early twenties called Jake Lambert. He was brilliant,  you’d think he’d been performing for most of his life because he was so funny! He made me laugh just as much as the main acts it was impressive. Jake was able to get the crowd warmed up, I think he is definitely a comedian to watch!

Peter Johansson was my favourite comedian by far, his act was seamless and made you laugh after every joke. He covered numerous topics like baby pictures, his past and present girlfriends and many other topics that would come under the topic of NSFW (not safe for work).  Would recommend any of his shows!

The Wycombe Swan Hellfire Comedy Club is such good value! You can buy a ticket including food for £12.00 and without food for £7.50! Don’t miss out as the Hellfire comedy club finishes on the 26th November.