If you’re vegan, or if you’re just trying to reduce meat consumption over Veganuary, then Wagamama has got some (award-winning) brilliant, vegan dishes and drinks as well as something seriously special, only available during Veganuary.

If you remember the world’s first vegan egg that Wagamama’s chefs graced our plates with last year, then you will not be disappointed with the new,  innovative creation from them this year.

Yes, you read correctly — vegan tuna! ‘Suika’ means watermelon in Japanese. The vegan ‘tuna’ is made with dehydrated watermelon which is then sliced, seared and served hot
the look and texture is incredibly similar to tuna.
The ‘tuna’ is dressed with a miso sesame sauce and sits on a bed of white rice which is dressed with soy seasoning and accompanied with pickled radish, kale and tenderstem broccoli. The dish is served with an avocado, edamame and tofu guacamole.  Now, that’s next wave! But catch it while you can available exclusively for #veganuary only. 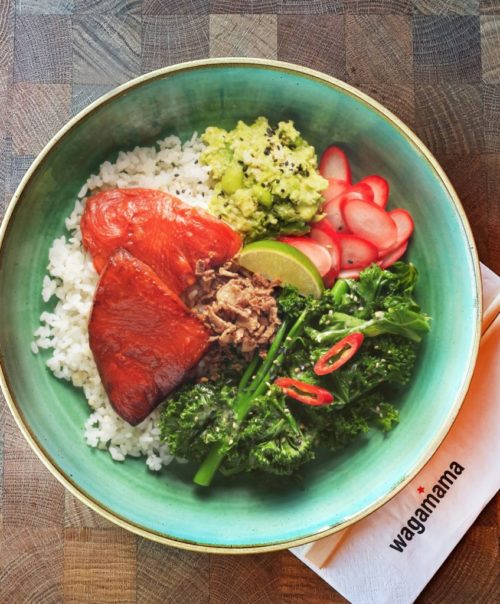 Nikko, meaning sunlight in Japanese, was designed to bring you warmth in the colder months. A fragrant coconut and turmeric curry with an abundance of fresh veg including Tenderstem broccoli, sweet potato, butternut squash, green beans and bok choi. Served with tofu and your choice of glass noodles or rice. 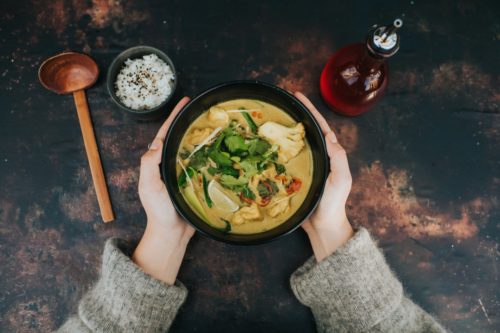 That’s not all, Wagamama has paired up with Japanese illustrator Yuko Shimizu to recreate ‘The Great Kanagawa Wave’ which you can find as your table placemat and even make into a crafty Origami boat! A fun AND mindful activity to embrace whilst dinning this January.