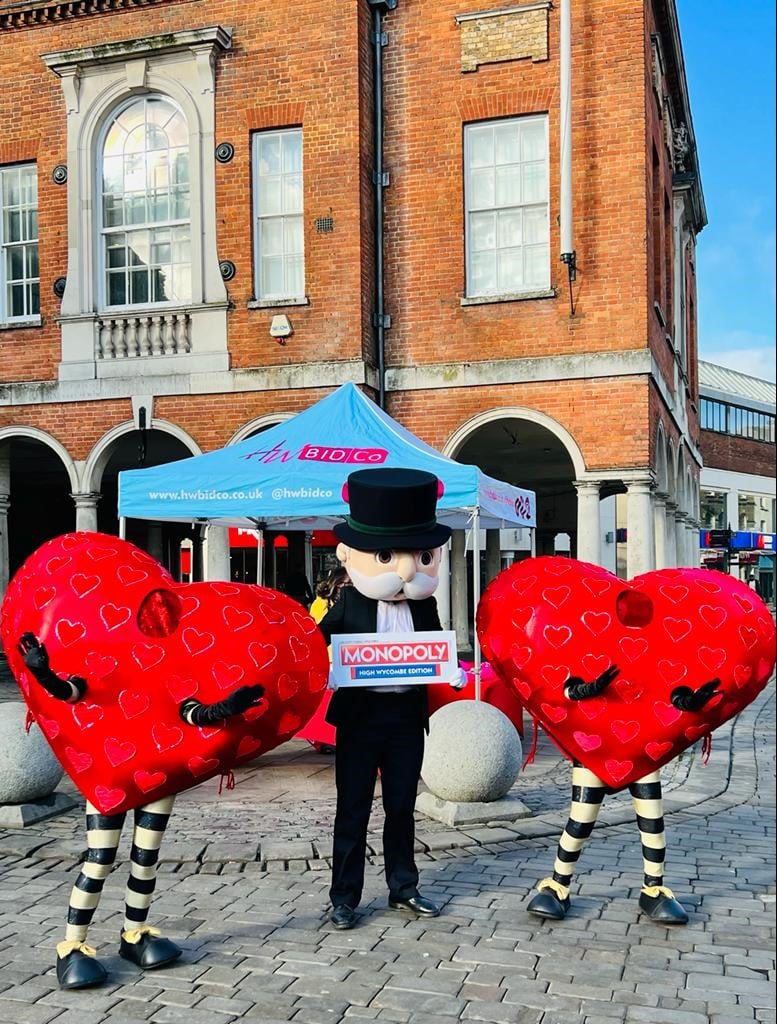 Bosses of the world’s most famous board game have announced that High Wycombe has landed the honour of its very own official MONOPOLY game – after seeing off 24 other places across the globe; beating amongst others, Carmel in California and Sandbanks in the UK!

Each year the MONOPOLY dice roll on a new place – over the last two years, it has been Palm Springs in California and The Hamptons in New York state, and now our very own High Wycombe.

Bosses at London-based games company Winning Moves, who are producing the game under licensing from Hasbro, say a variety of factors were used in selecting the winning place. These include: ‘Pride’; ‘Beauty’ and ‘Sense of Community’.

A public consultation period lasting two weeks has got underway. The public is being invited to suggest local landmarks to be showcased in the game.

The game will hit the shops this October – in time for Christmas – but before it goes into production the public is being invited to suggest High Wycombe landmarks to feature in the game, by either of these two ways: